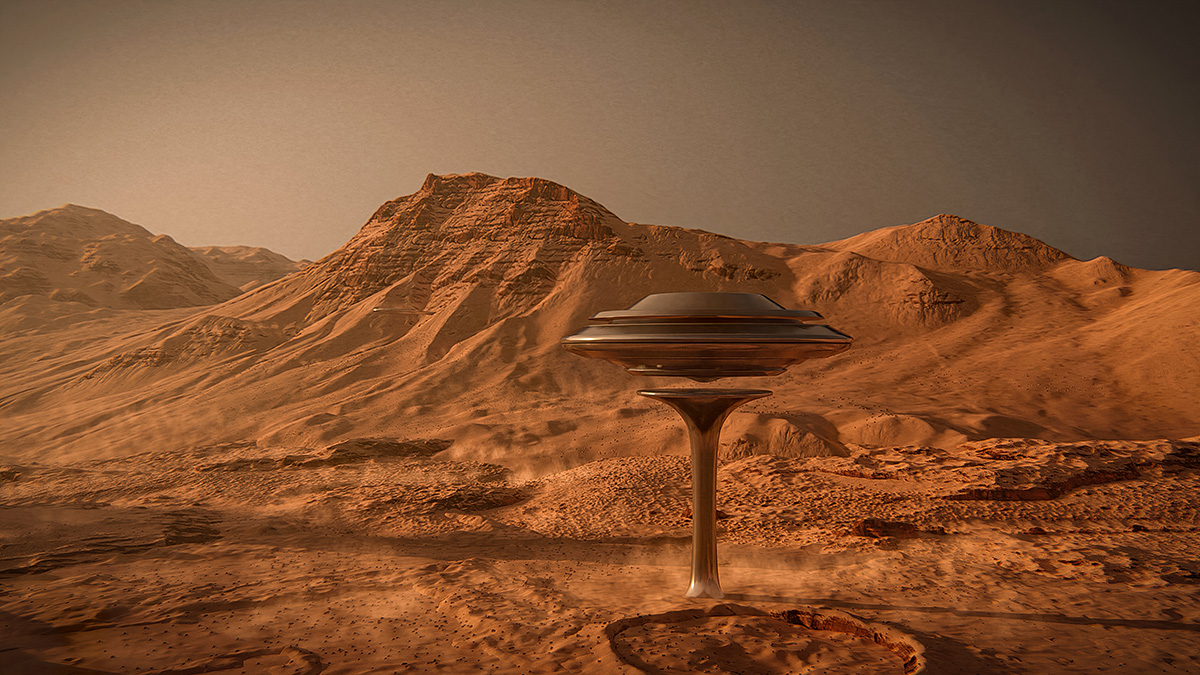 Called ILO (Identified Levitating Object), the conceptual project, having a static base, consists of a levitating station that can move around with its self-generated energy, collected from the wind and the sun.

The main goal of the project is provide a solution to the global problems of the earth, such as air pollution, climate degradation and overpopulation, according to the architects.

"It is still very early to talk about a quality human life on Mars, because this requires at least hundreds of years of artificial terraforming of the planet," said the studio.

"We believe that in the near future, the red planet will help our Earth breathe. Simply put, we will be able to transfer industry and harmful production to Mars.

"Therefore, the purpose of the building is production, accumulation of useful energy and research," the architects added. 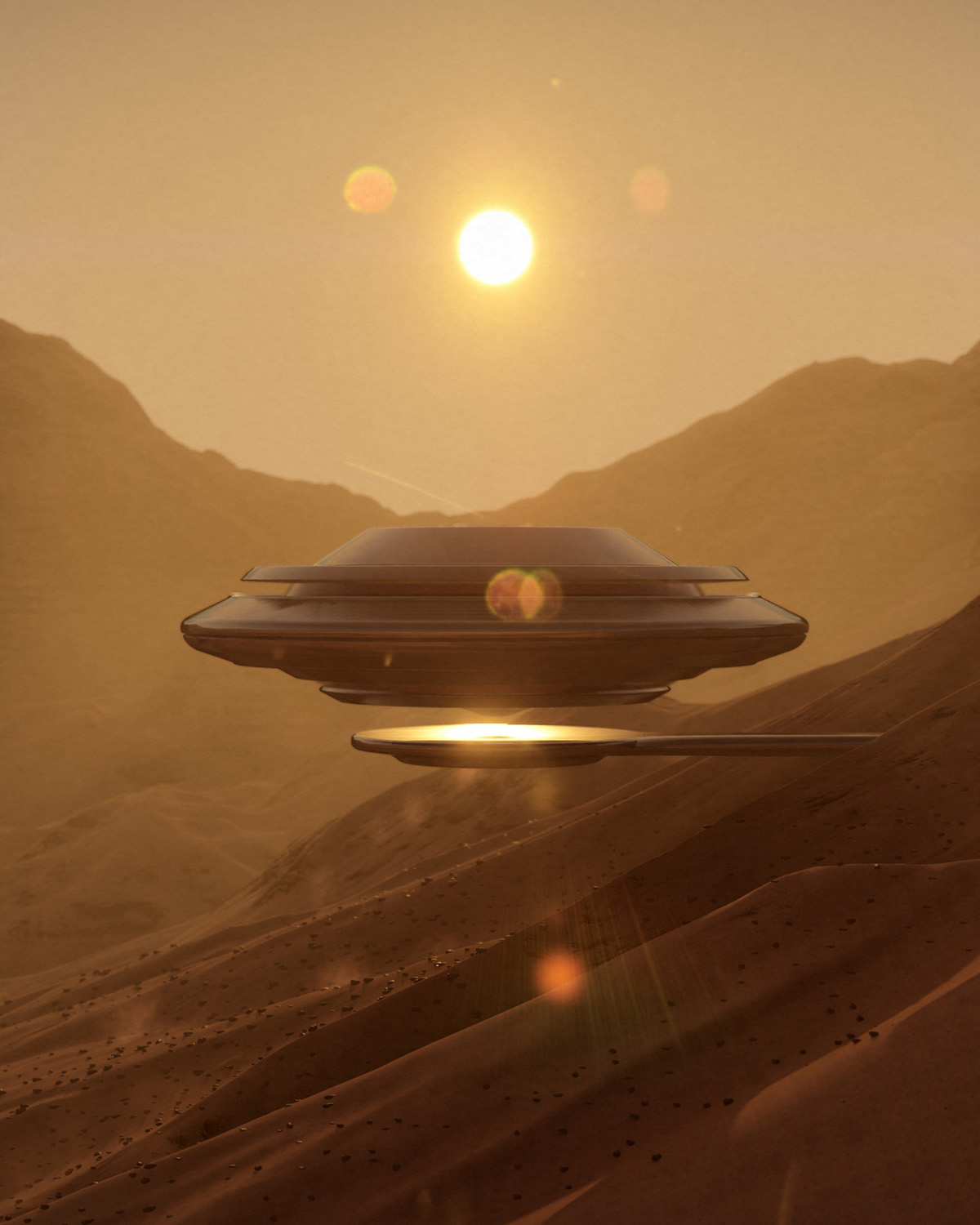 ILO Station is made of local materials, it can produce the necessary modules and transport them to other bases. To fly to another place, it collects power from the wind and the sun, the station can conduct long-term exploration of the planet.

As the studio explains, constant magnetic levitation allows it not to waste energy on takeoff and overcome difficult landscape obstacles. ILO Station can be used not only on mars but also can be adapted to the surface of the moon, which will help the detailed development of our satellite, which in the future will serve us as a kind of space terminal.

The design of the station resembles a flying saucer, that is, an unidentified flying object, ironically showing that people are now aliens themselves. 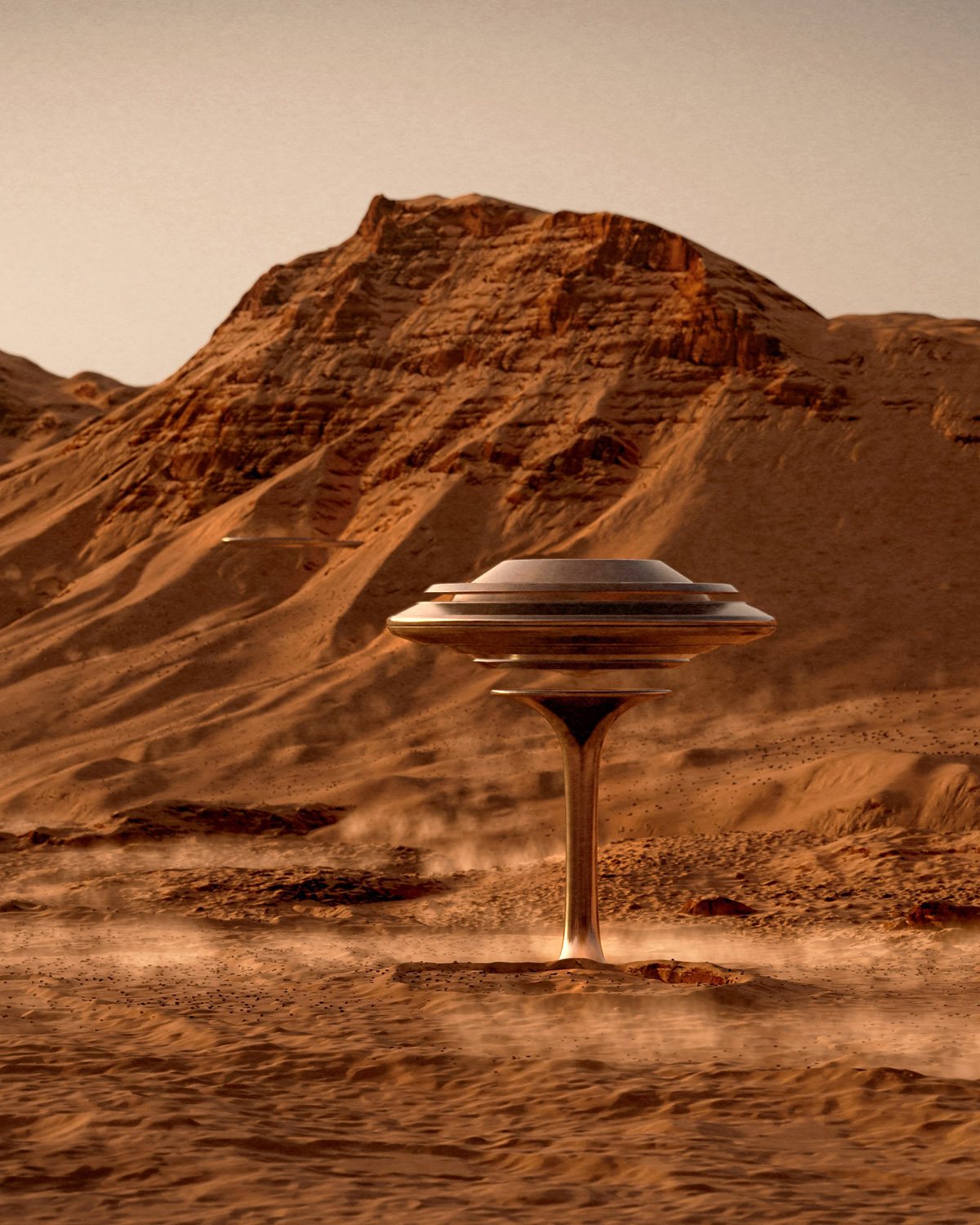 The architects added that "In a very beginning when we started to discuss the concept of Mars building, we found it amazing if our facility could levitate."

"Later on, working on broad specter of purposes for our station, and had concept of power supply link affirmed, we could truly appreciate the idea of magnetic levitation." 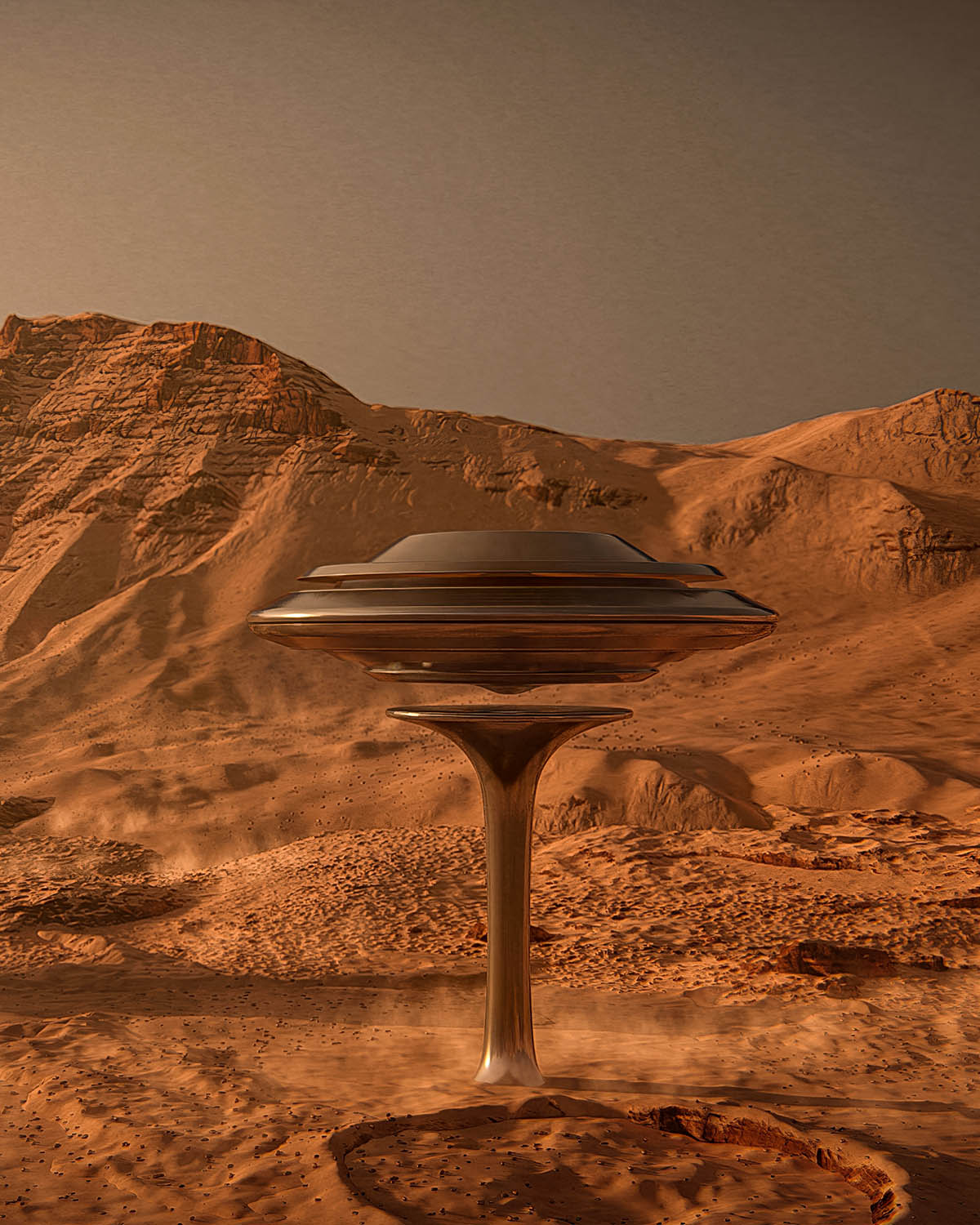 Since the studio's main purpose is power supply, which requires mobility and efficiency mostly, they needed levitation for several reasons. The first reason is rotation.

To increase efficiency of solar panels, the studio had to keep angle of incidence somewhere between 70-90. "It highly depends on where exactly station is located referring geographical coordinates," as the team emphasizes. 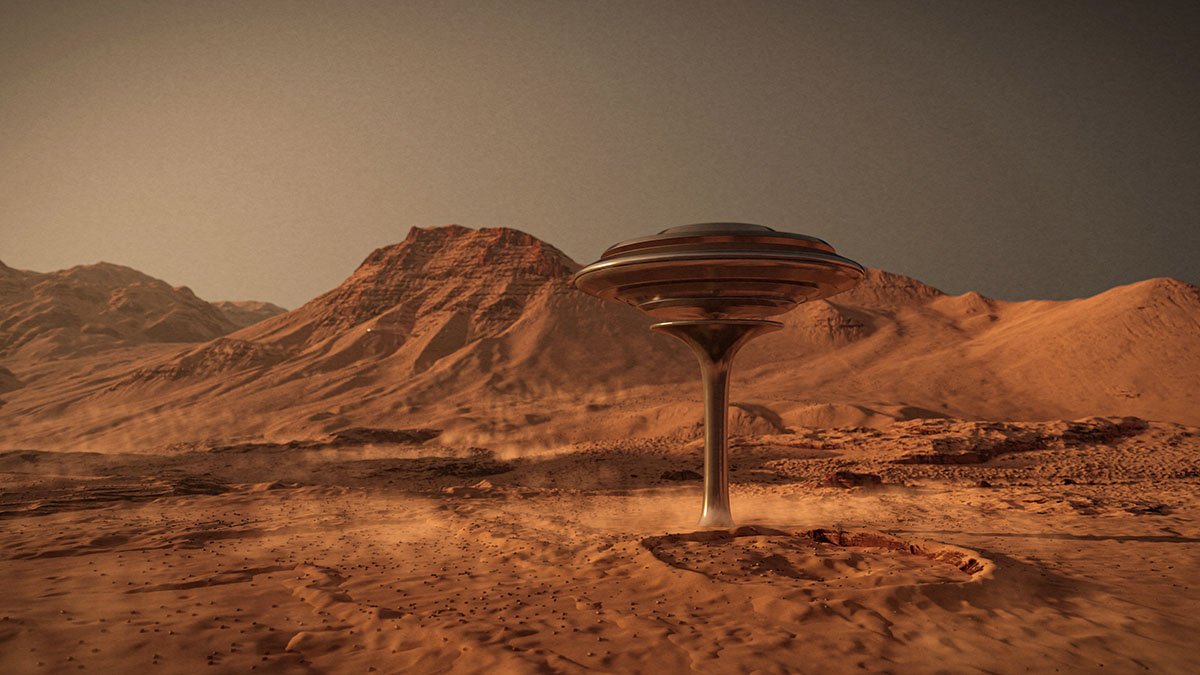 "At the same time, that is why it has UFO round shape construction covered with wide broad angle compilation. Sum it up to slow rotation alike sunflower traces the Sun and you would get maximum efficiency."

"More of that is wind mills. Of course, geographical (if we could use that word in this context) position and constantly changing direction of winds (as we know on Mars hurricanes are ubiquitous) definitely requires station to adjust arrangement." 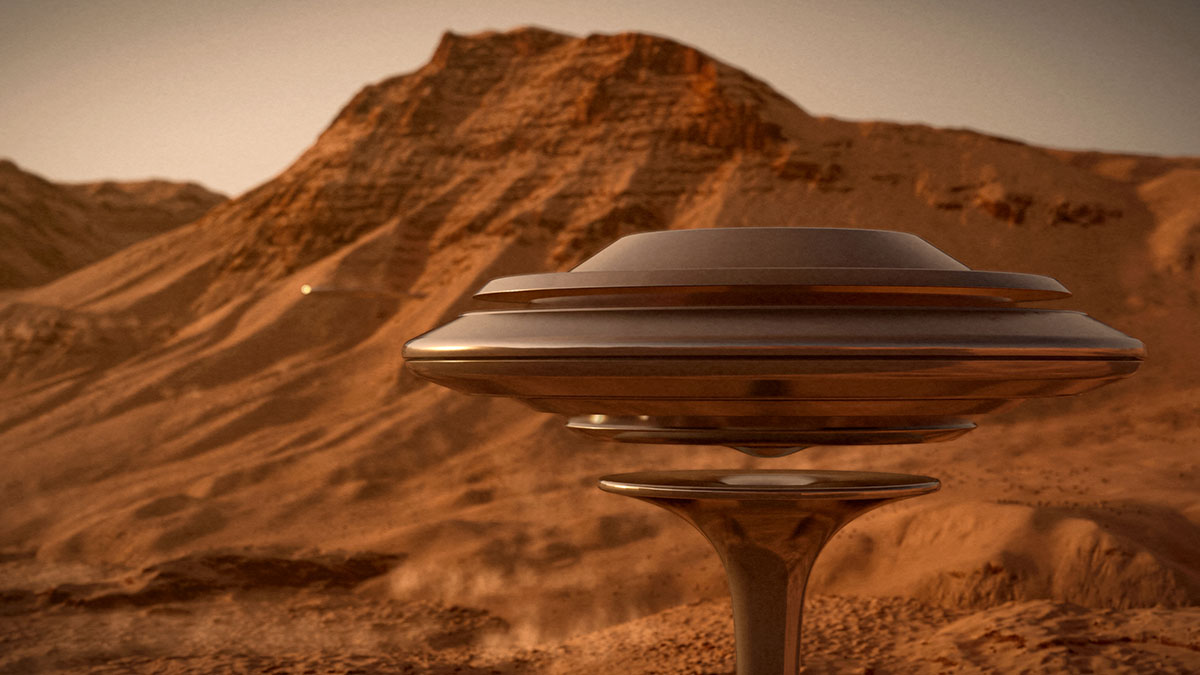 In order to answer this question, the studio needed to answer what kind of magnetic levitation technology is applicable for their demands.

According to the architects, due its low-cost price and easy option to implement, EMS (electromagnetic suspension) was the first option, but then they would have problem with stabilization and fault risks. In addition, they would need to spend crucial energy for maintaining and controlling levitation and damping processes.

The second option was EDS (electrodynamic suspension) although it doesn’t seem to be suitable for the project, because of a high power consumption and fault risk. 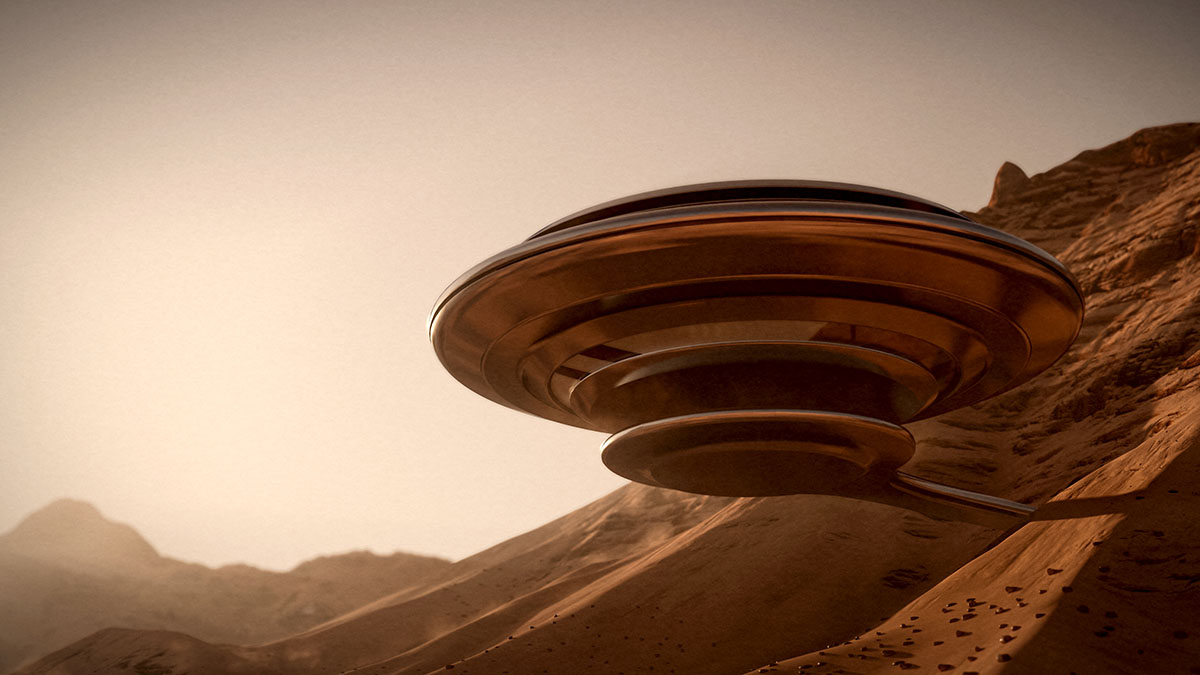 "Levitation system built on superconductivity principle, though, might have been an answer if not its non-autonomous concept (refrigerant to cool down superconductors despite the fact of relatively low temperature on Mars and developing technologies proposing superconductors on higher operating temperatures)," said the studio. 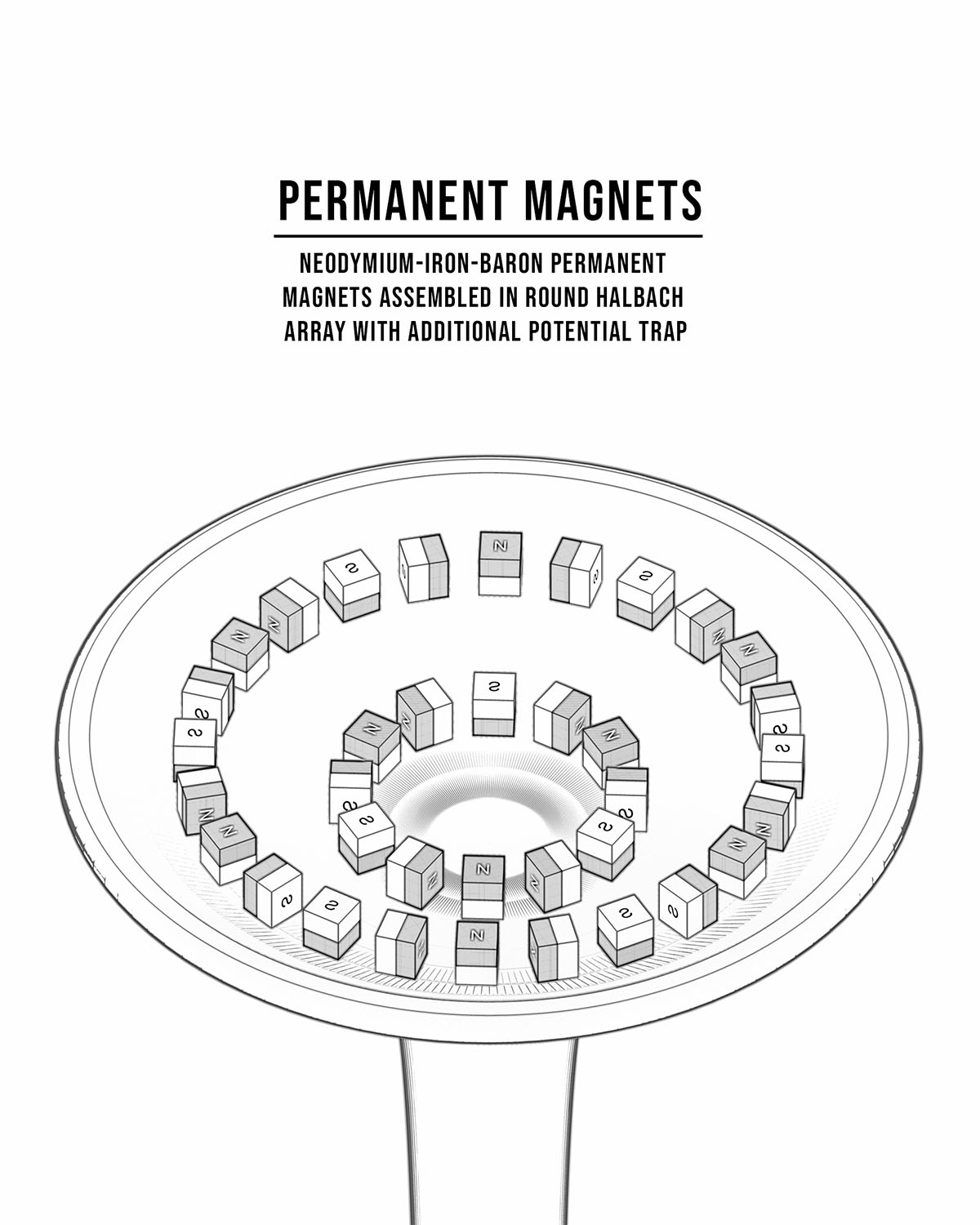 Permanent magnets within the station

In the final design stage, the studio found a way to stay fully autonomically, fault-safe and zero energy wasted: MagLev on permanent magnets. As the team states, it is kind of a young technology. 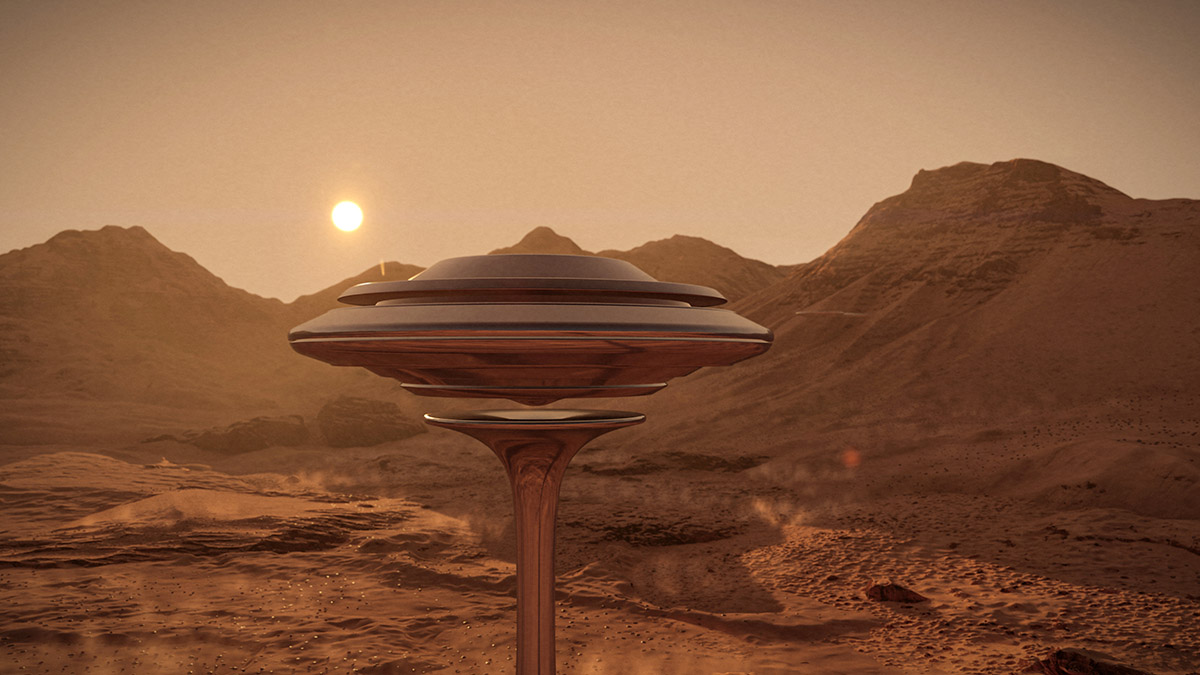 "The Inductrack concept is what we believe the best option existed. In the base we tend to use neodymium-iron-baron permanent magnets assembled in Halbach special circuit array. Magnetic field resulting vectors aspire to the center, keeping the levitating object in borders of base," the architects added.

"Low angular velocity of rotation, required for creating additional impedance also helps to auto-damp to compensate resulting oscillation of Earnshaw theorem. On the opposite side, the induction side itself, we have kind of a variation of Litz wire - stacked copper and aluminum sheets. As we mention aside it’s fully autonomous, fail-safe, energy-free system that damp itself."

As the studio emphasized, "it’s just theory that we checked, it’s legit, it’s possible on paper." 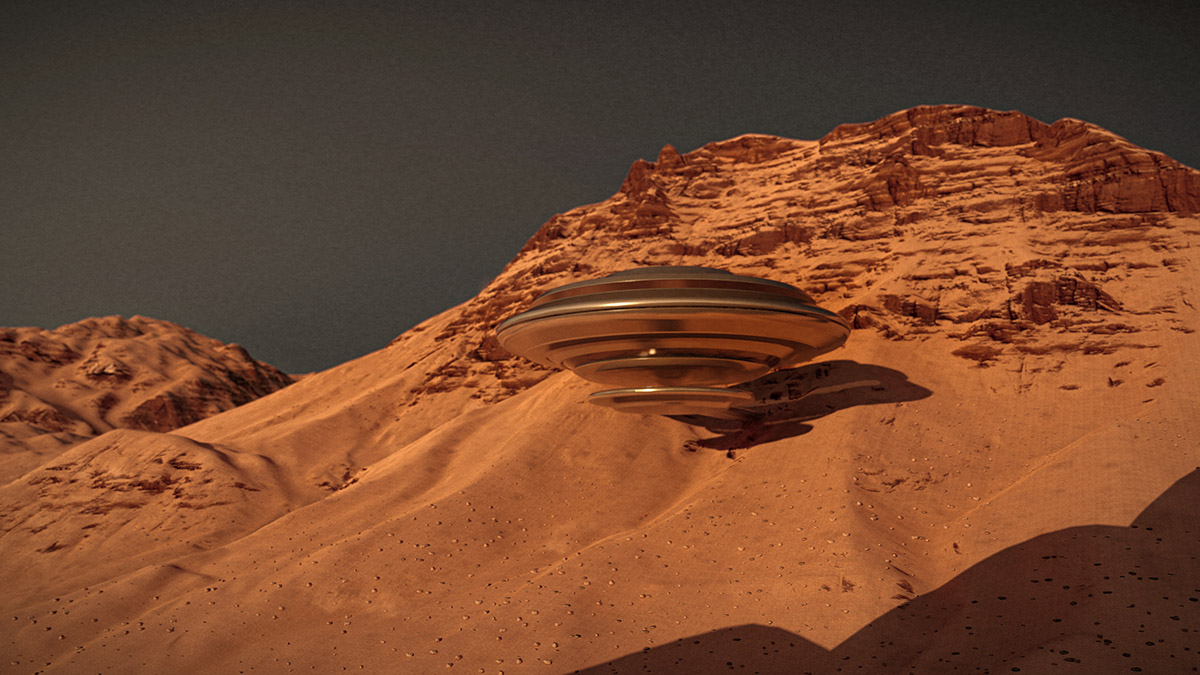 "Ahead we have the whole set of simulations, small scale experiment, environmental simulators and finally closest to real dimensions experiment." 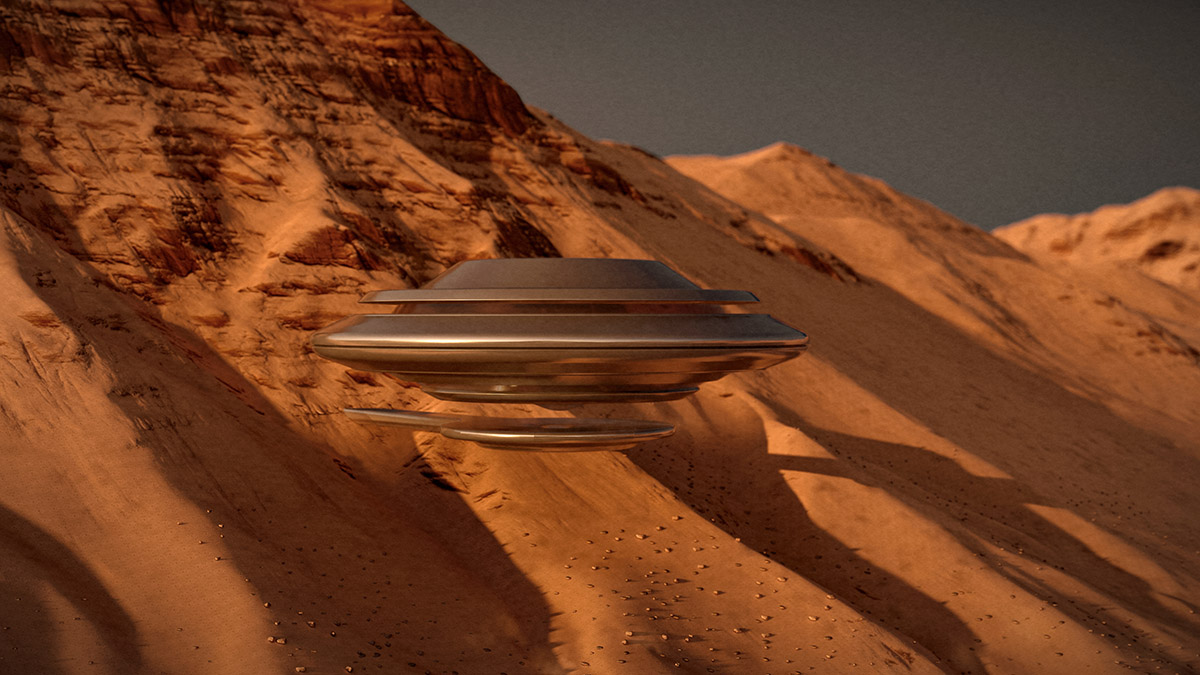 The studio believes that together with news architectural approaches, new scientific technologies and design, architects and designers will be able to pave the right path towards solving global climate problems. 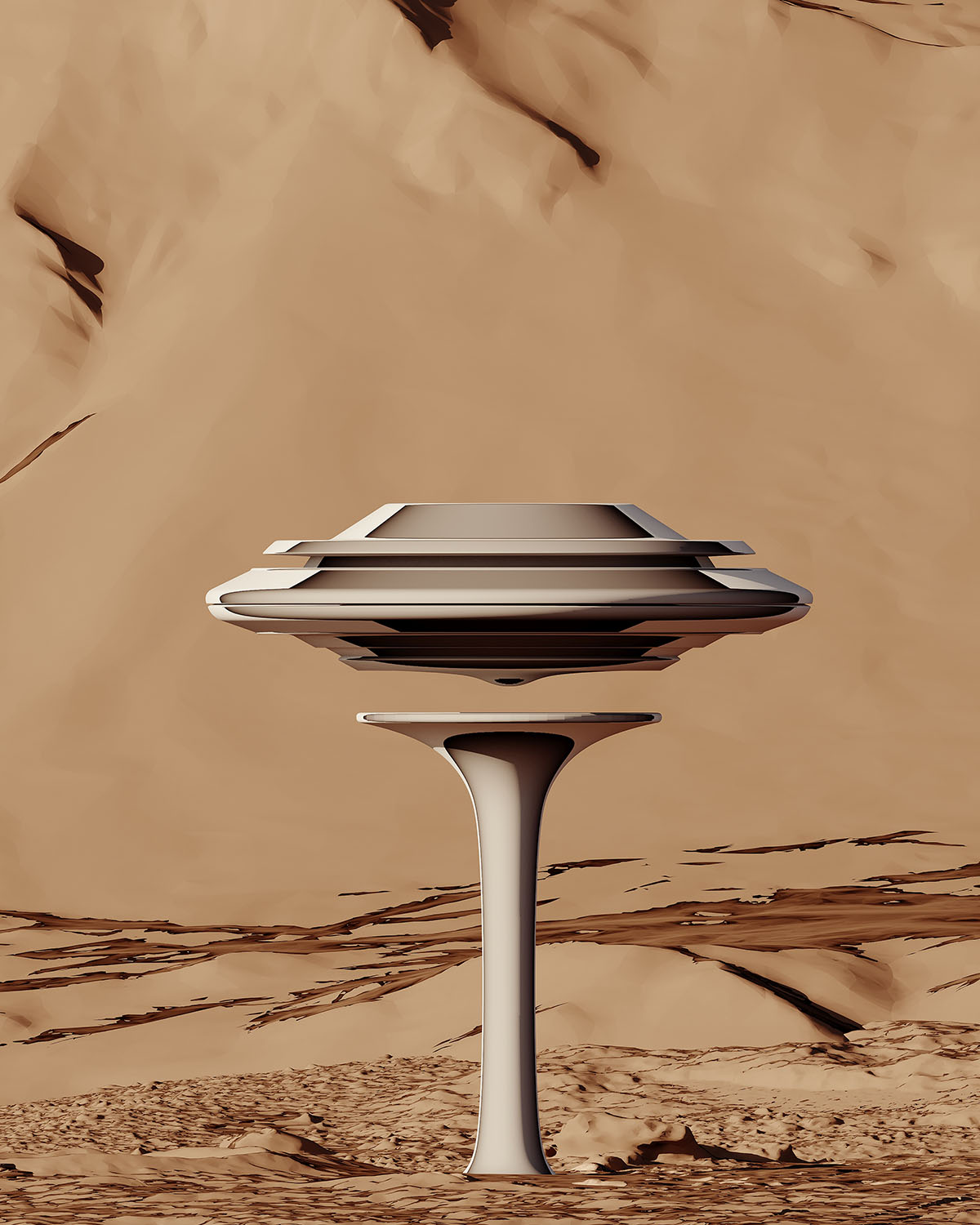 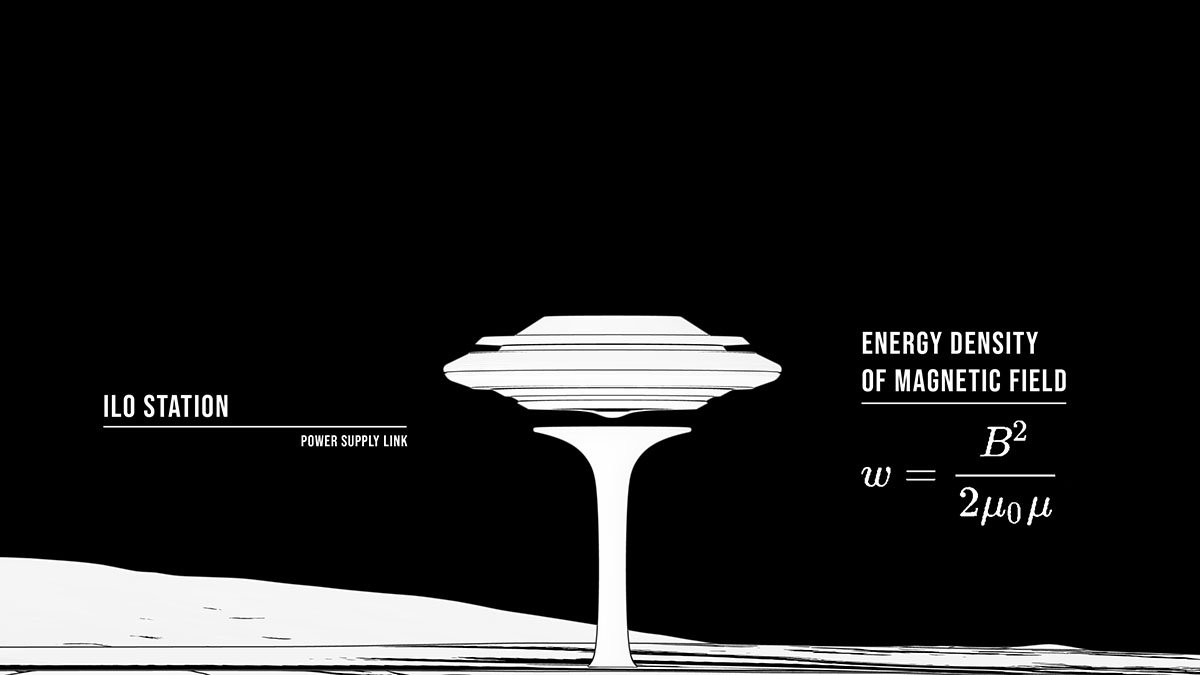 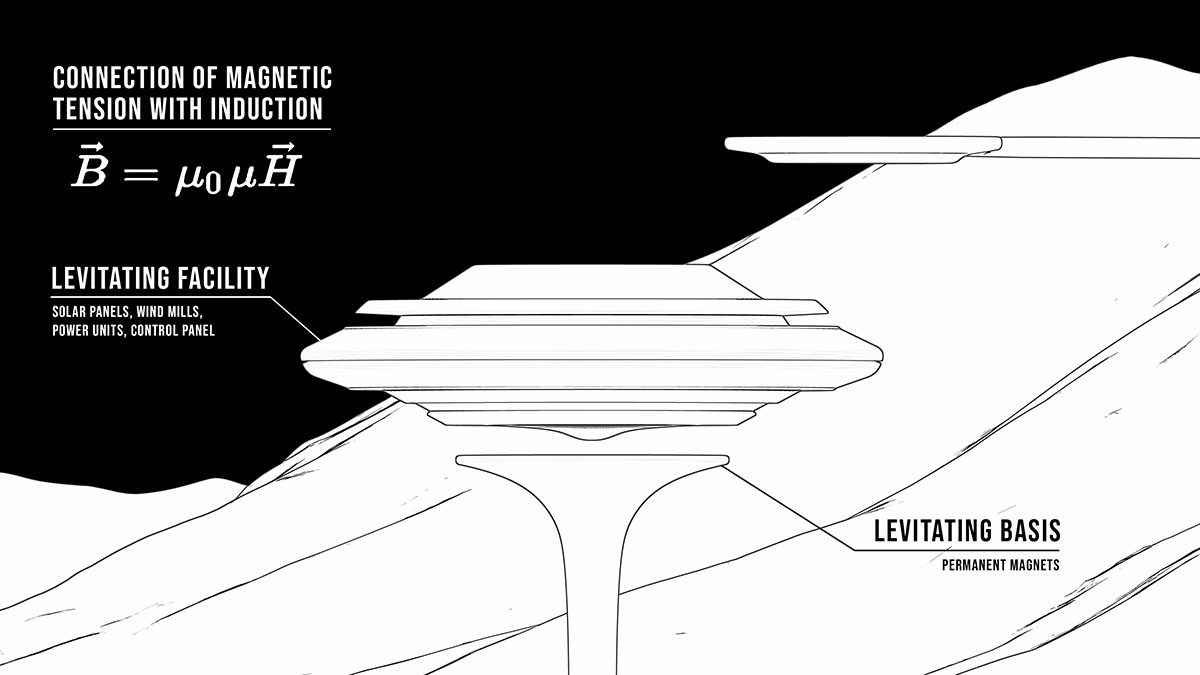 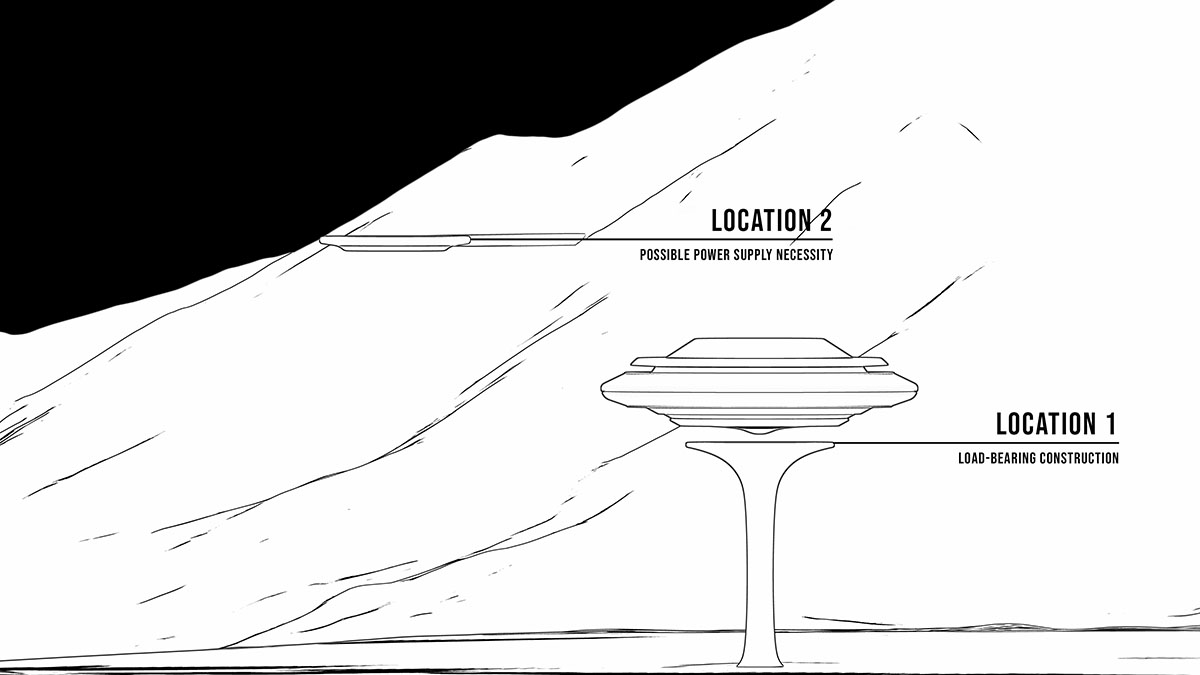 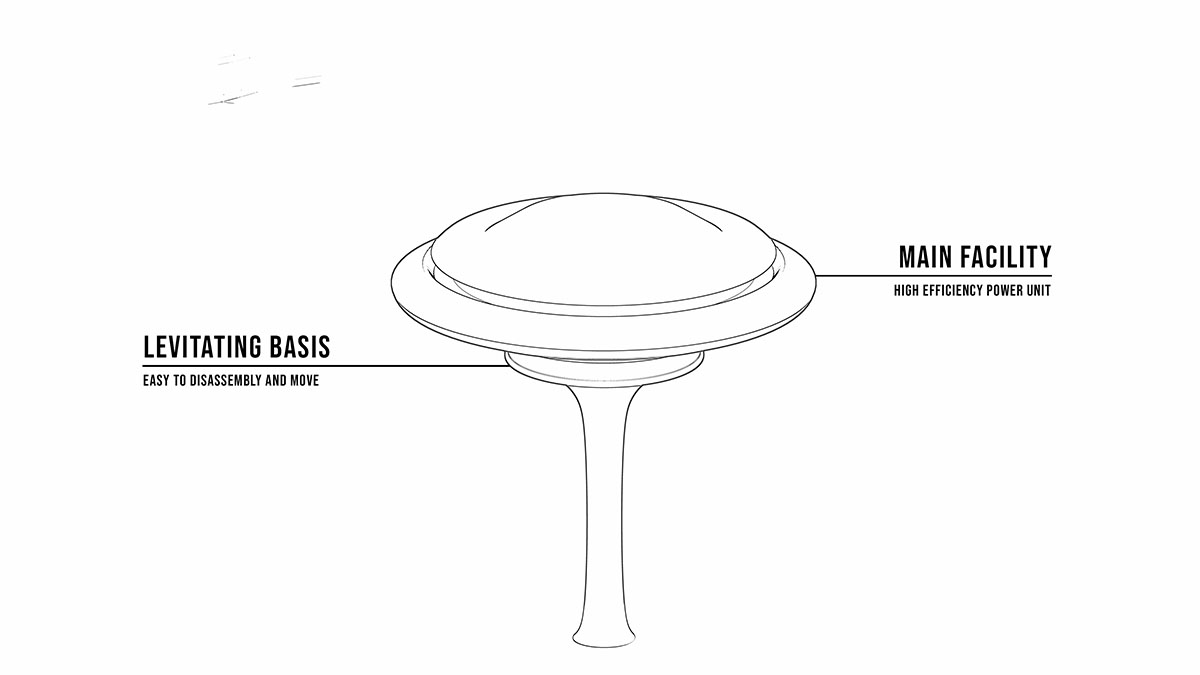 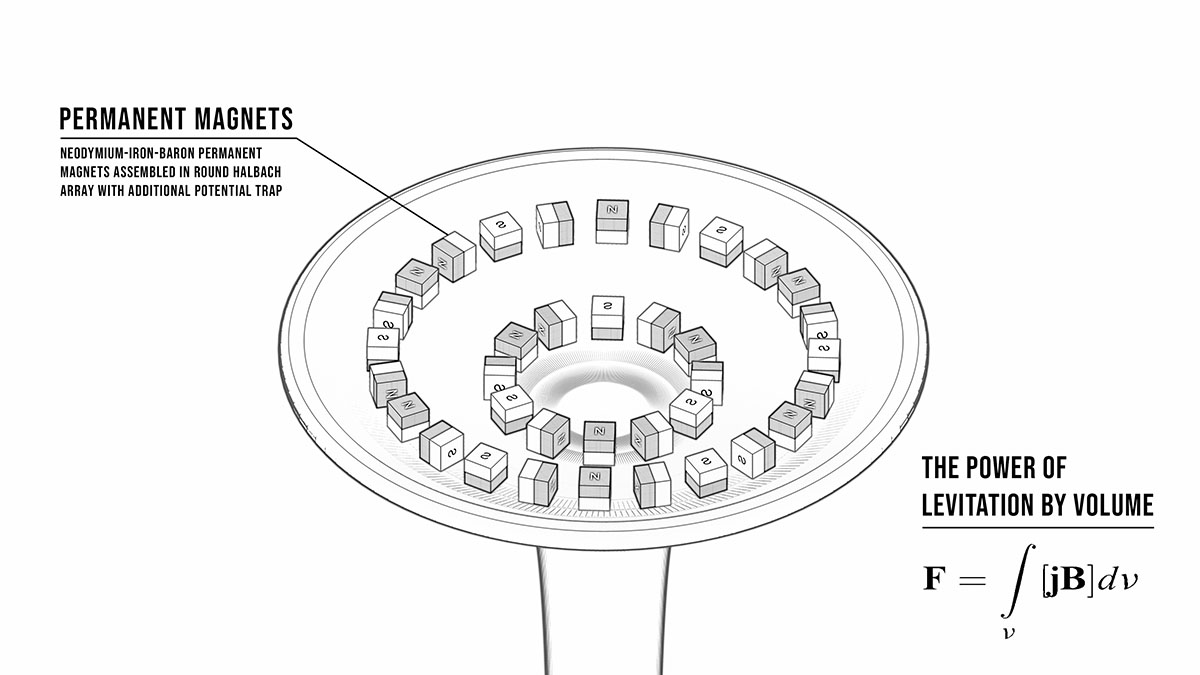 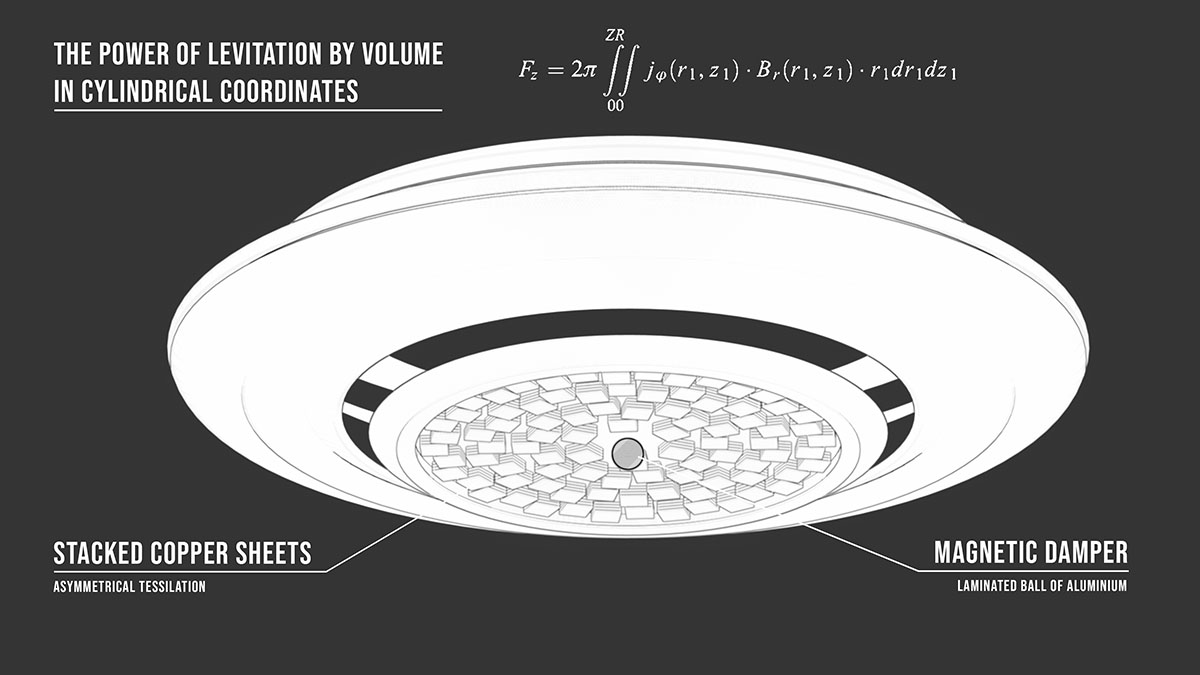 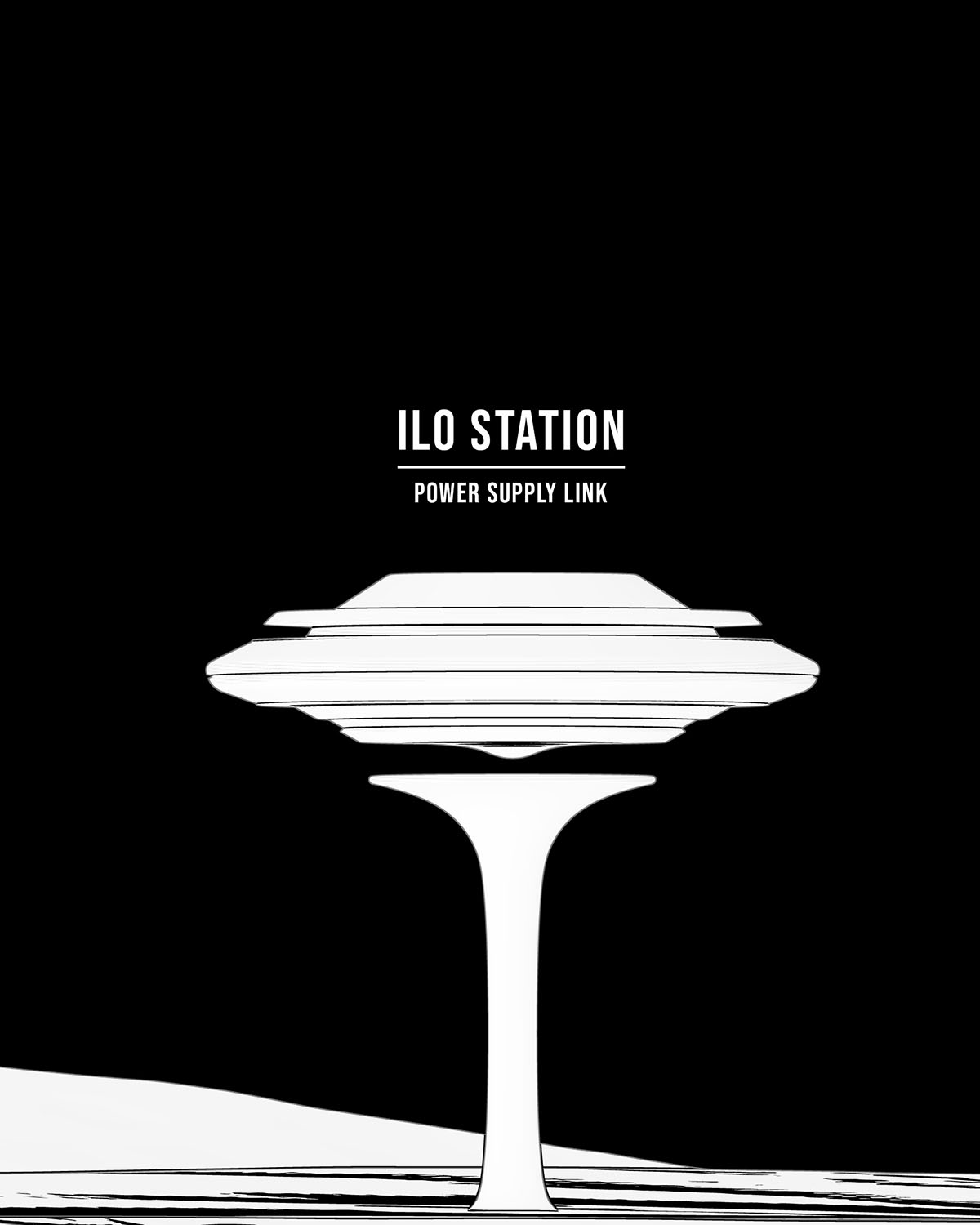 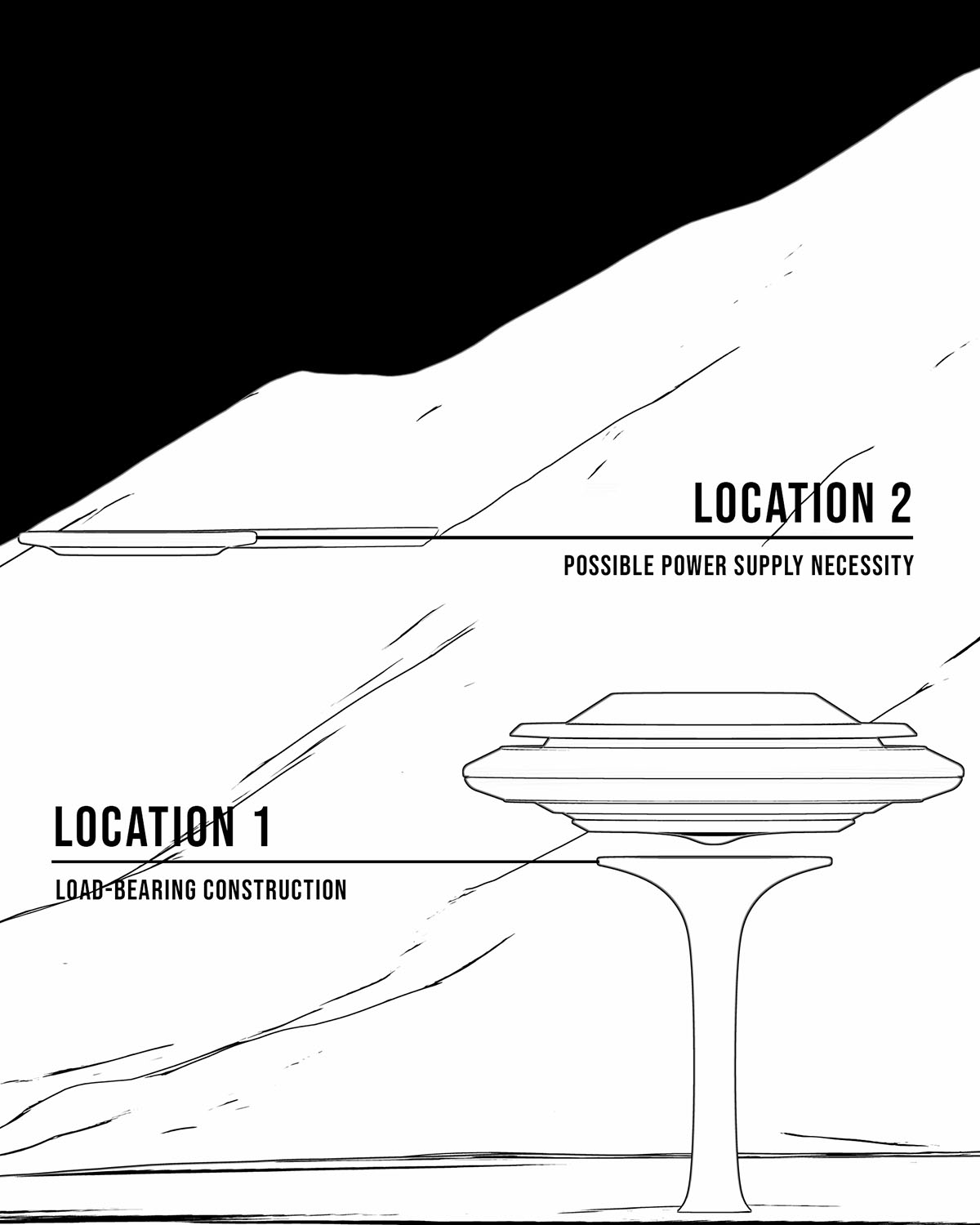 Lenz Architects is an architectural and consultancy firm based in Almaty, Kazakhstan. The practice emerges out of a belief of a free society, where architecture plays a vital role in shaping environment and constantly develops the multicultural and contemporary world we live in.

Several projects are proposed on Mars by international architects, for instance, BIG and ICON proposed a 3D-printed research habitat that will be home to NASA’s crew for future missions on Mars. AI SpaceFactory won the NASA's 3D Printing Habitat Challenge Competition to design MARSHA.

All images & drawings and video courtesy of Lenz Architects.