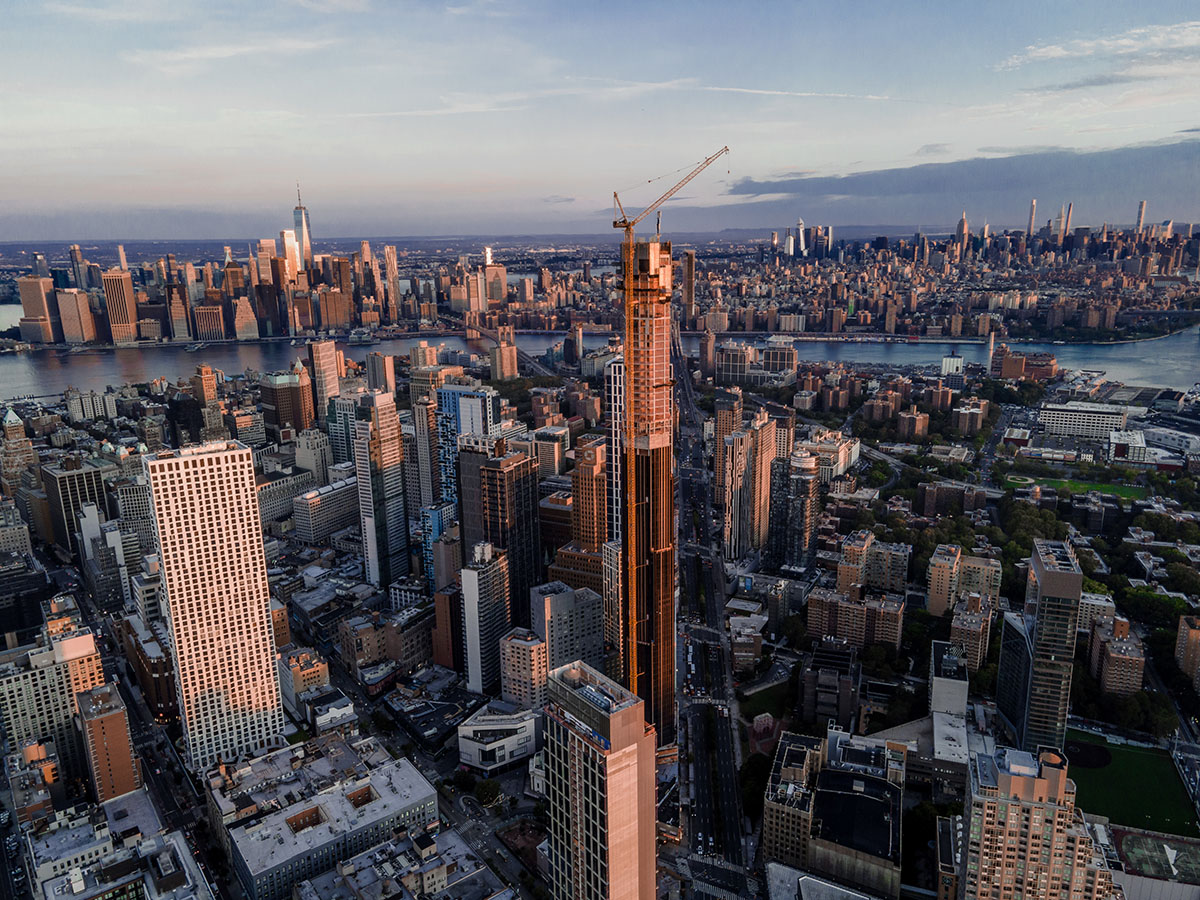 SHoP Architects has shared the latest photographs of its mixed-use project, called The Brooklyn Tower, which has topped out in Brooklyn, New York, United States.

Developed and built by JDS Development Group, the 93-storey building has topped out reaching its final height well over 1,000 feet’ (304.8 meter), making it the first and only supertall in the borough of Brooklyn.

The skyscraper is formed by interlocking hexagons and dramatic cascading setbacks in a facade of shimmering bronzes and deep blacks, the Brooklyn Tower is a monumental new residential building in Downtown Brooklyn with unprecedented views over city, river, and harbor. The project will house residences for sale and lease, with retail at its base. 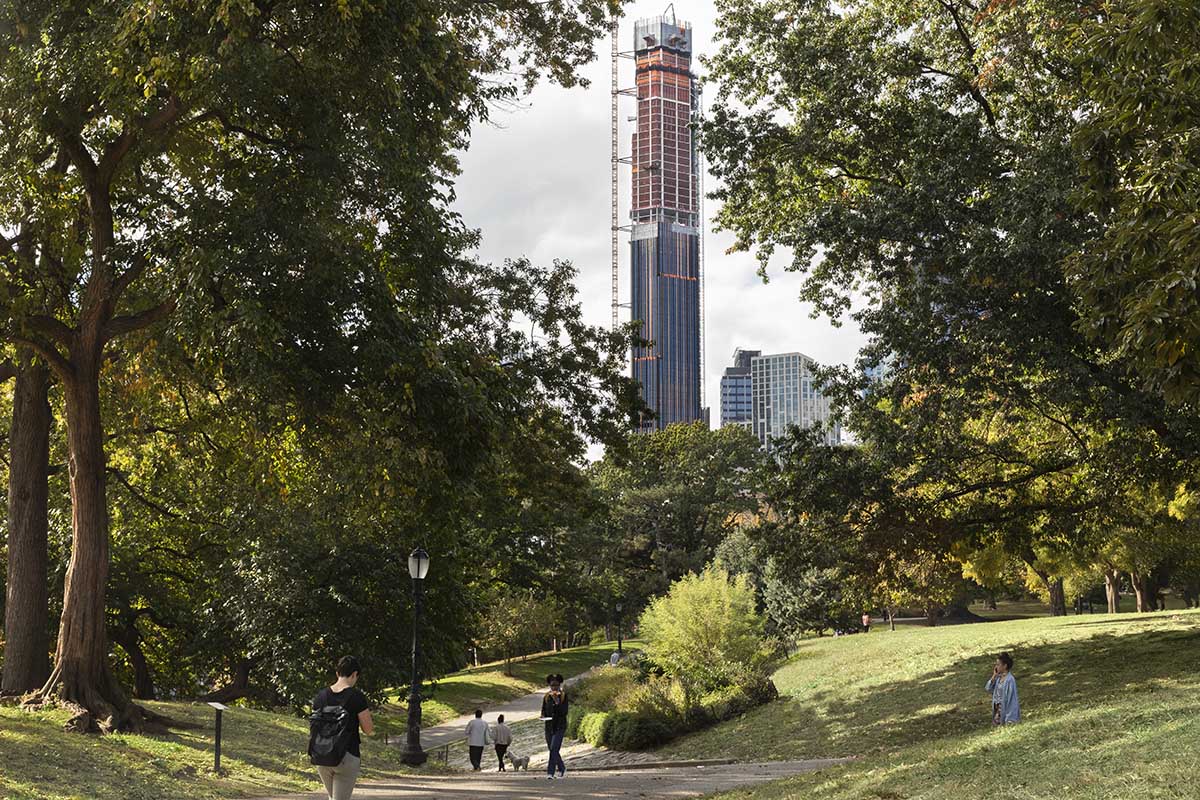 Located adjacent to the landmarked Dime Savings Bank of Brooklyn, which was built during Brooklyn’s height of progress in the 19th century as one of the best examples of civic architecture in the borough, SHoP draws inspiration from the hexagonal composition and patterning inside the historic bank, where Brooklynites could once open a savings account for as little as a dime.

Because of this dynamic shape and rich texture with fluted lines along its height, the building's profile offers an equally powerful perspective from any direction.

At its final height, the skyscraper is clad in black steel, bronze, and copper – The Brooklyn Tower represents a consequential new landmark for the skyline.

Creating a distinctive silhouette, the facade of the tower powerfully holds its shape, texture, and materiality at every angle, deploying a wide variety of fluted, cylindrical, and triangular shapes arranged in a strongly vertical composition between oversize glass panes. 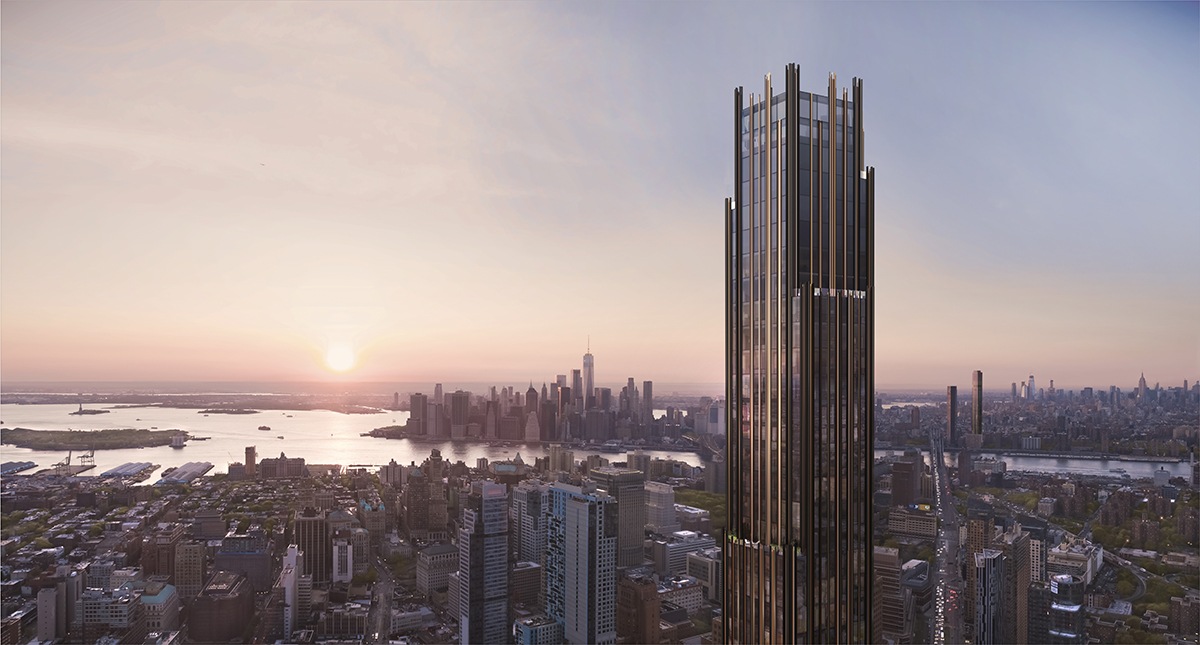 "This combination of effects gives The Brooklyn Tower an expression that is at once welcoming, seriously dramatic and extravagantly playful," said a statement.

"The SHoP team is thrilled to be a part of a project that is so impactful to one of the world’s most acclaimed skylines,” said Gregg Pasquarelli, Founding Principal of SHoP Architects.

"As more people look to move to Lower Manhattan and Brooklyn, the detail that went into the texture and shape of the structure was critical. We wanted it to remain authentic, with that baroque, Brooklyn charm, but also look crisp and modern to capture the borough’s constant state of growth and influence," Pasquarelli added. 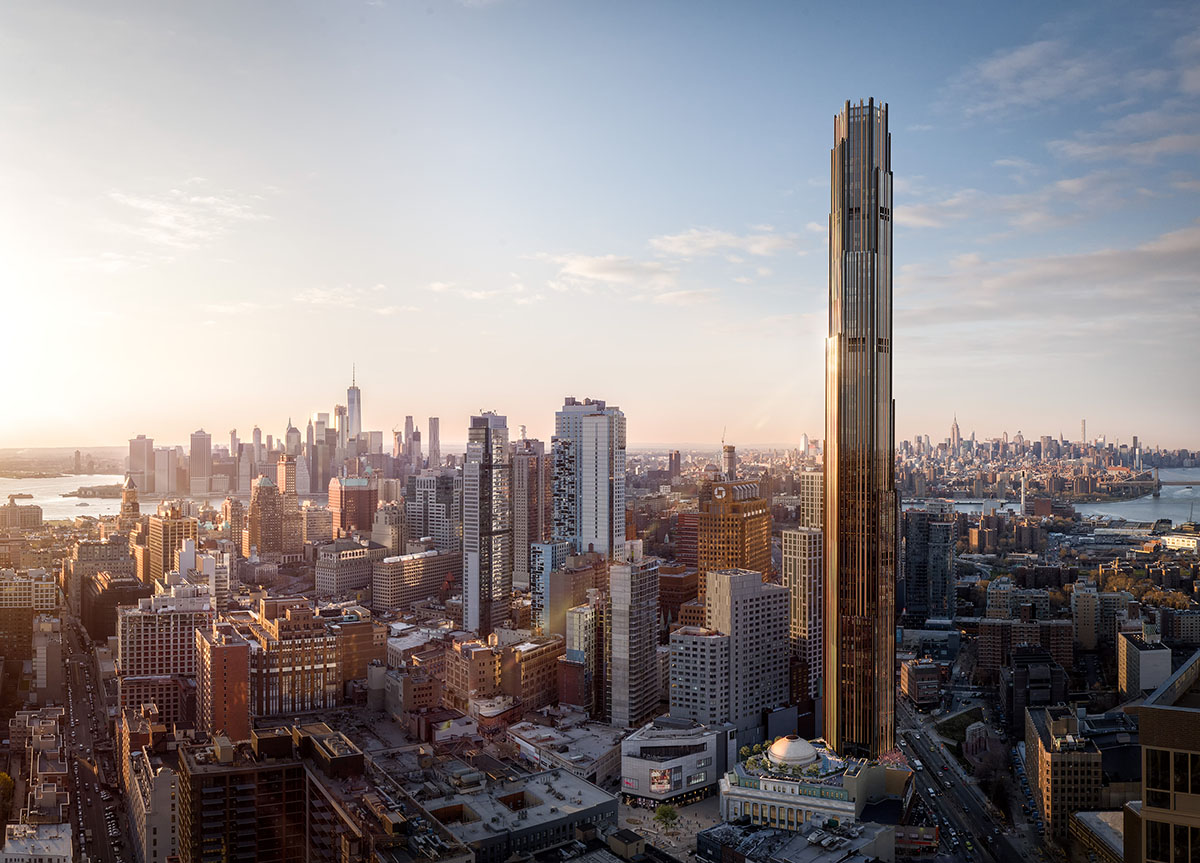 The project also includes over 100,000 square feet (9,290 square meters) of amenities, including state-of-the-art health and fitness spaces offering diverse programming, and unprecedented, elevated outdoor loggias for skyline lounging and recreation. 30 percent of the rentals are designated as affordable housing. 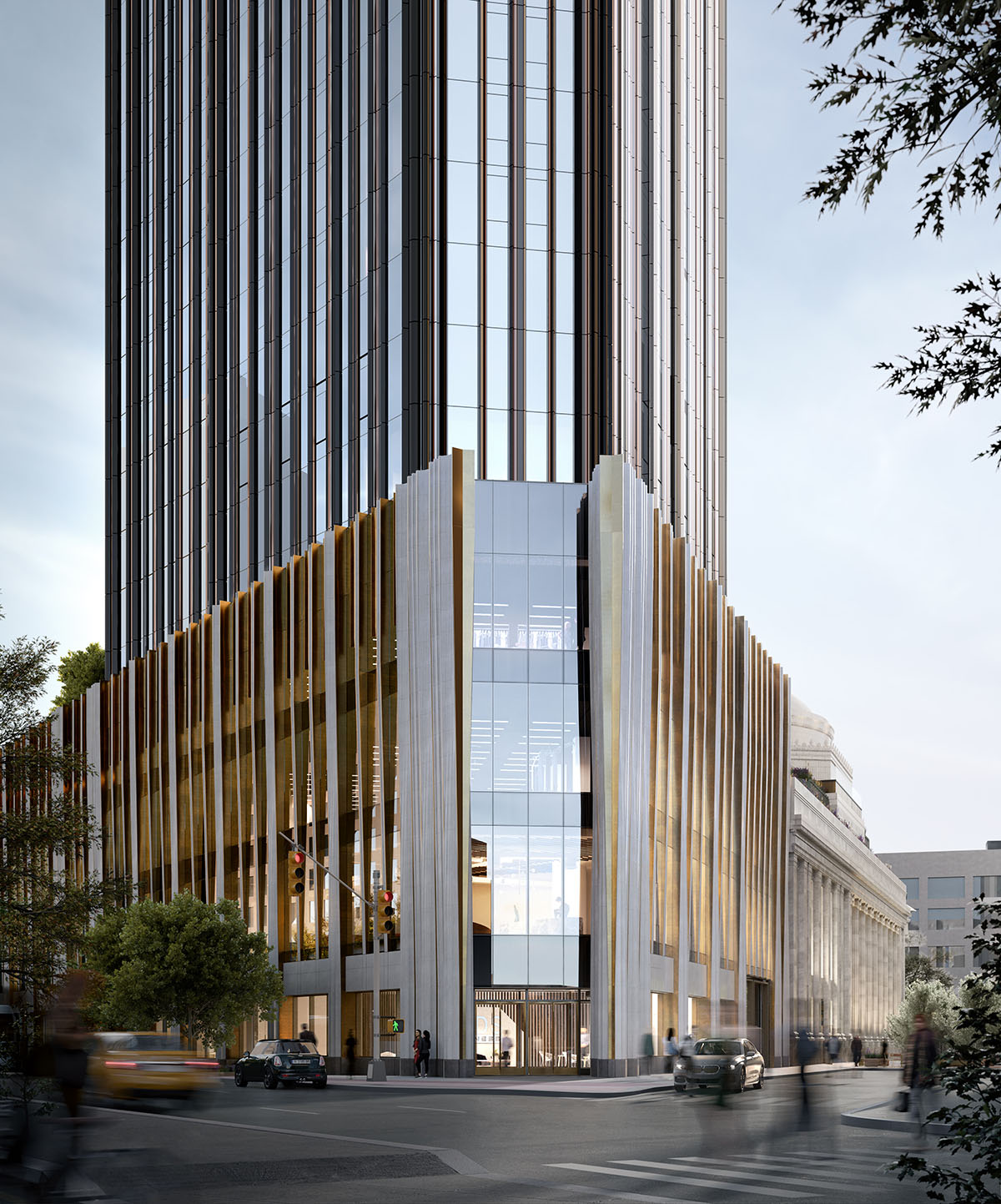 The interiors of residences Gachot Studios, with amenity interior design lead by Krista Ninivaggi of Woods Bagot, and landscape design by HMWhite.

The Brooklyn Tower is the third large-scale, mixed-use project by JDS and SHoP in New York City, which include the iconic 111 West 57th Street on Central Park - another supertall with a landmarked adaptive- reuse component - and the American Copper Buildings on the East River. 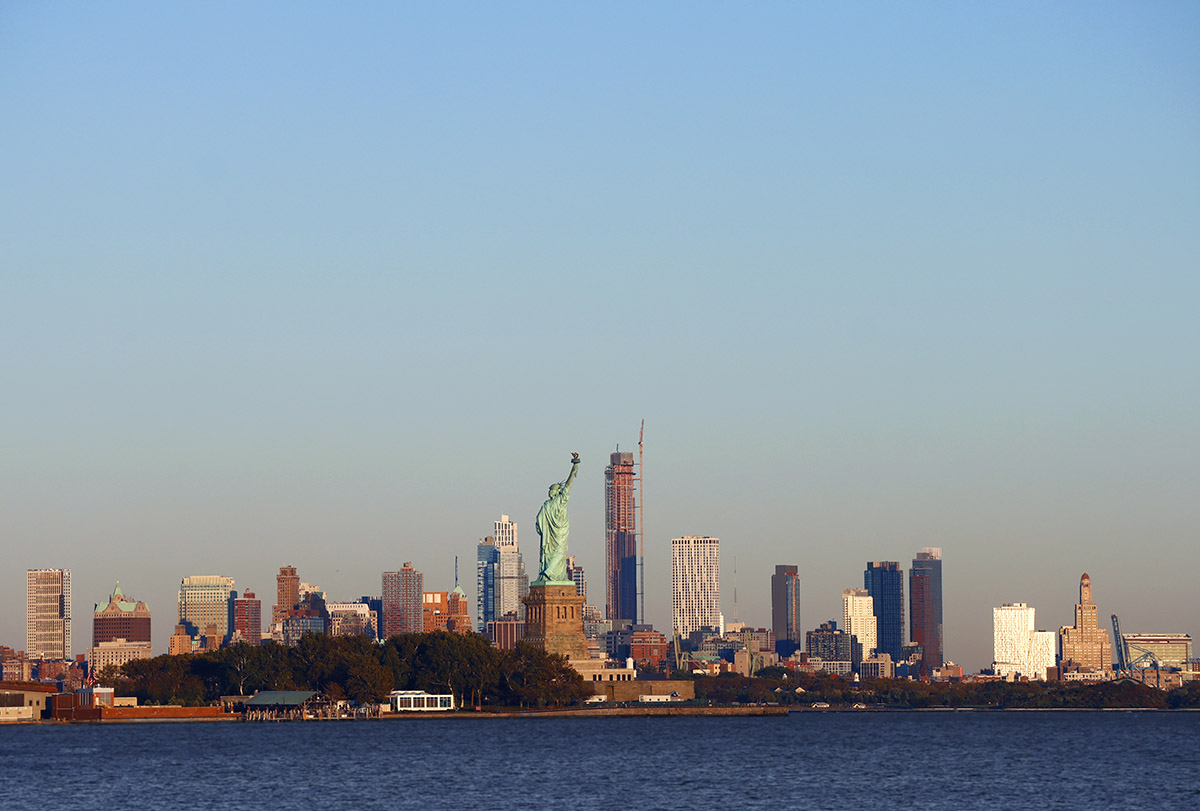 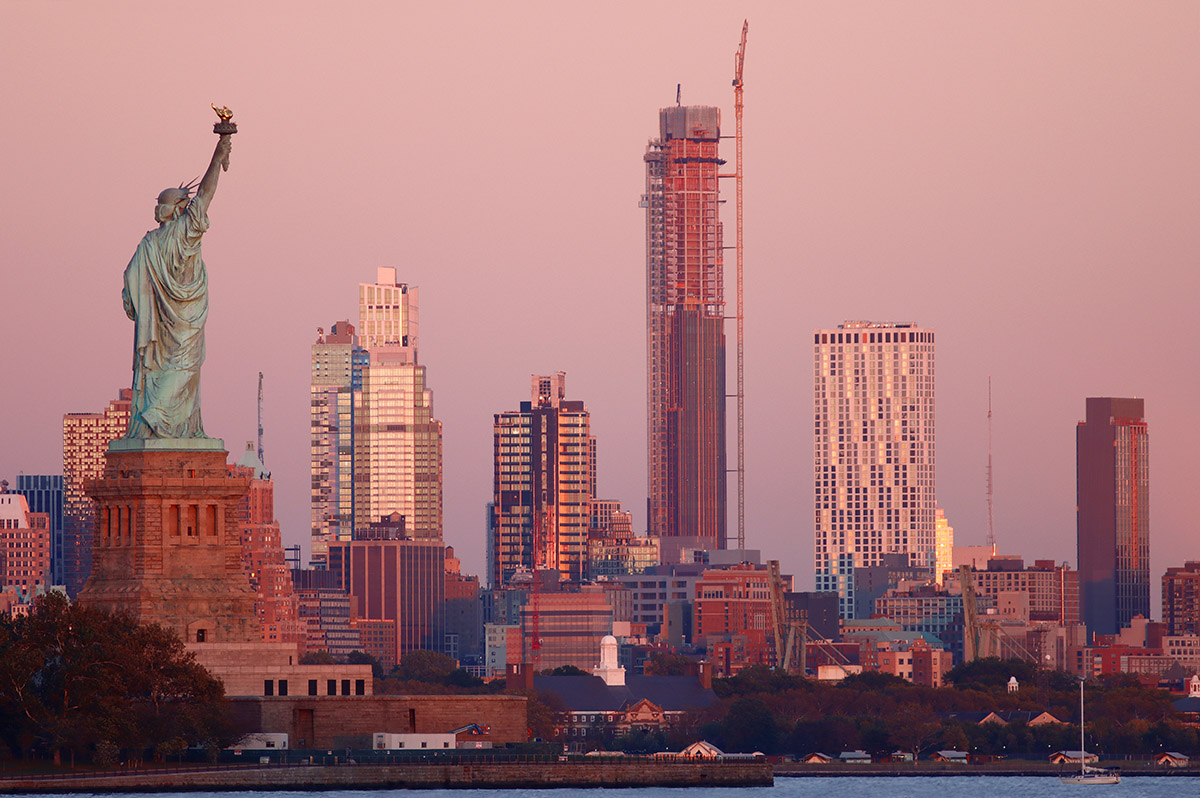 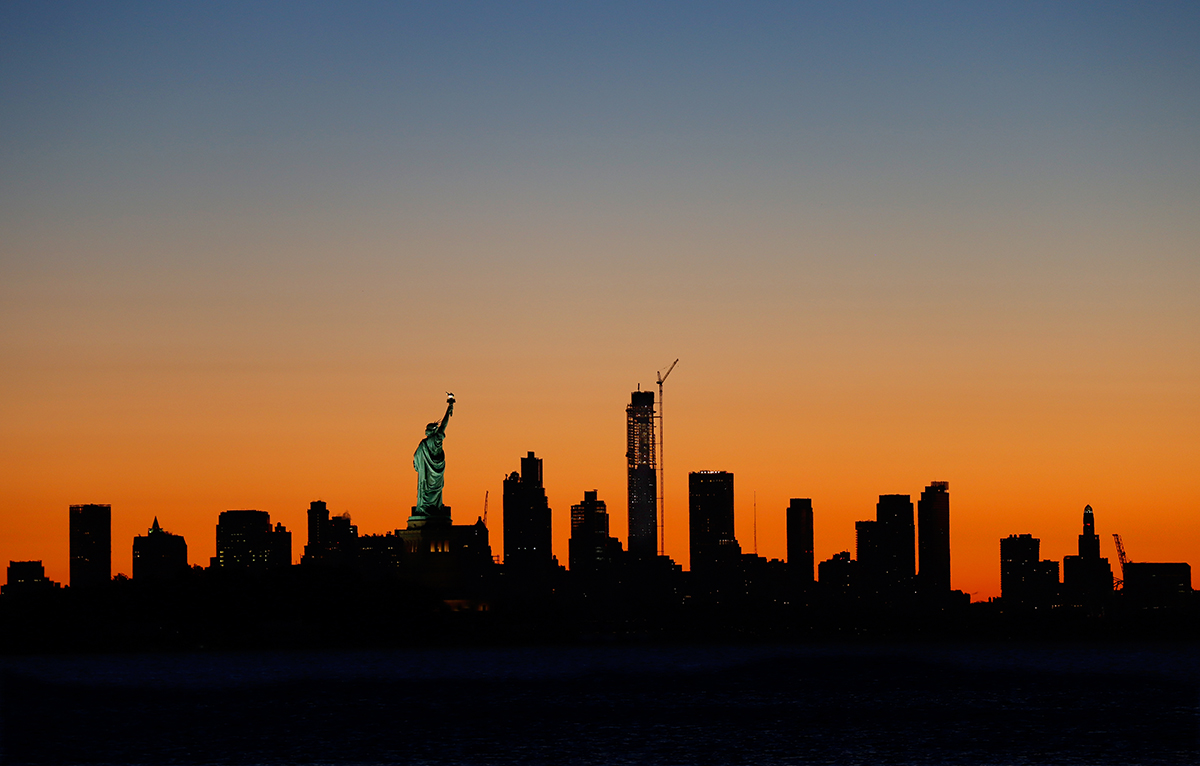 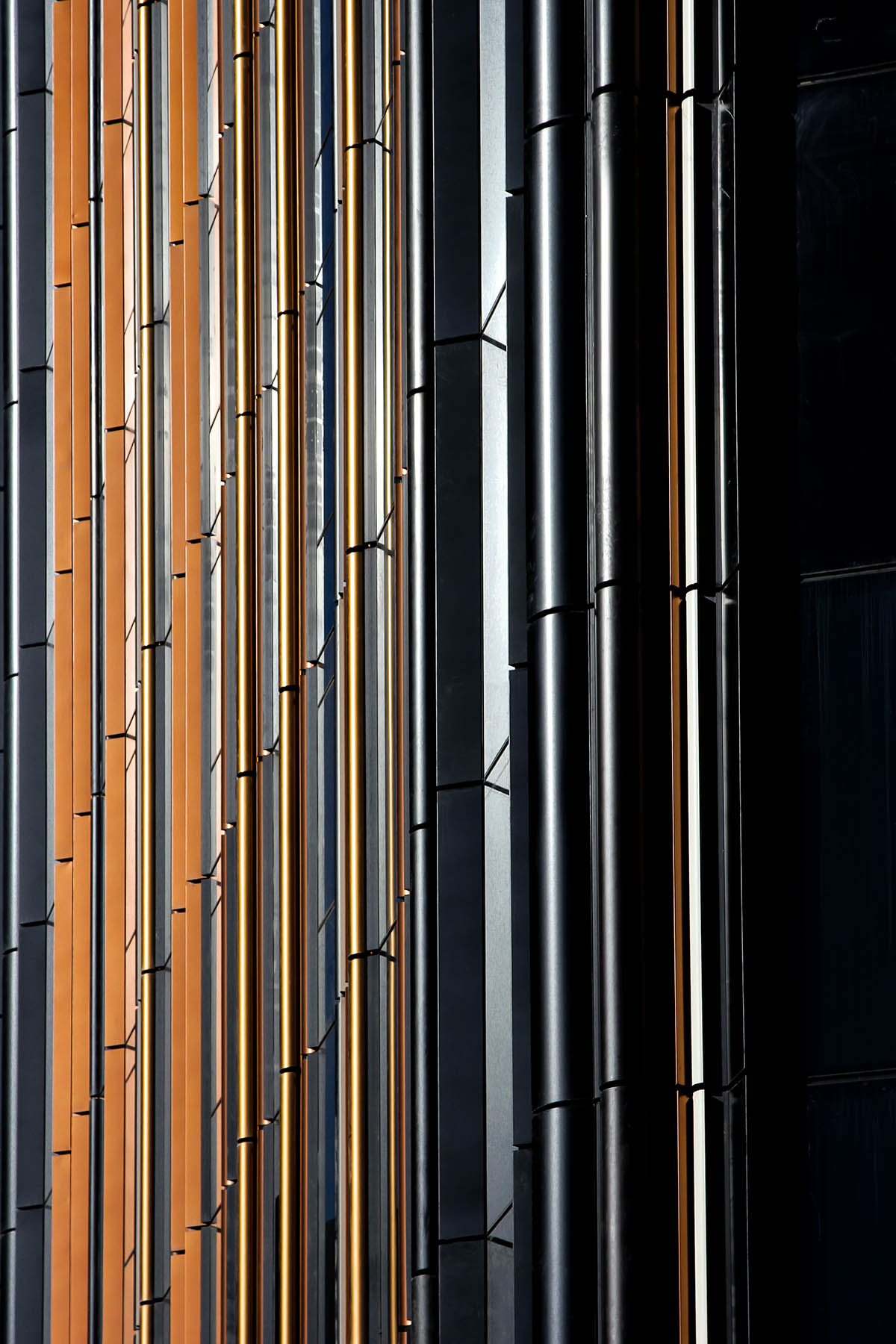 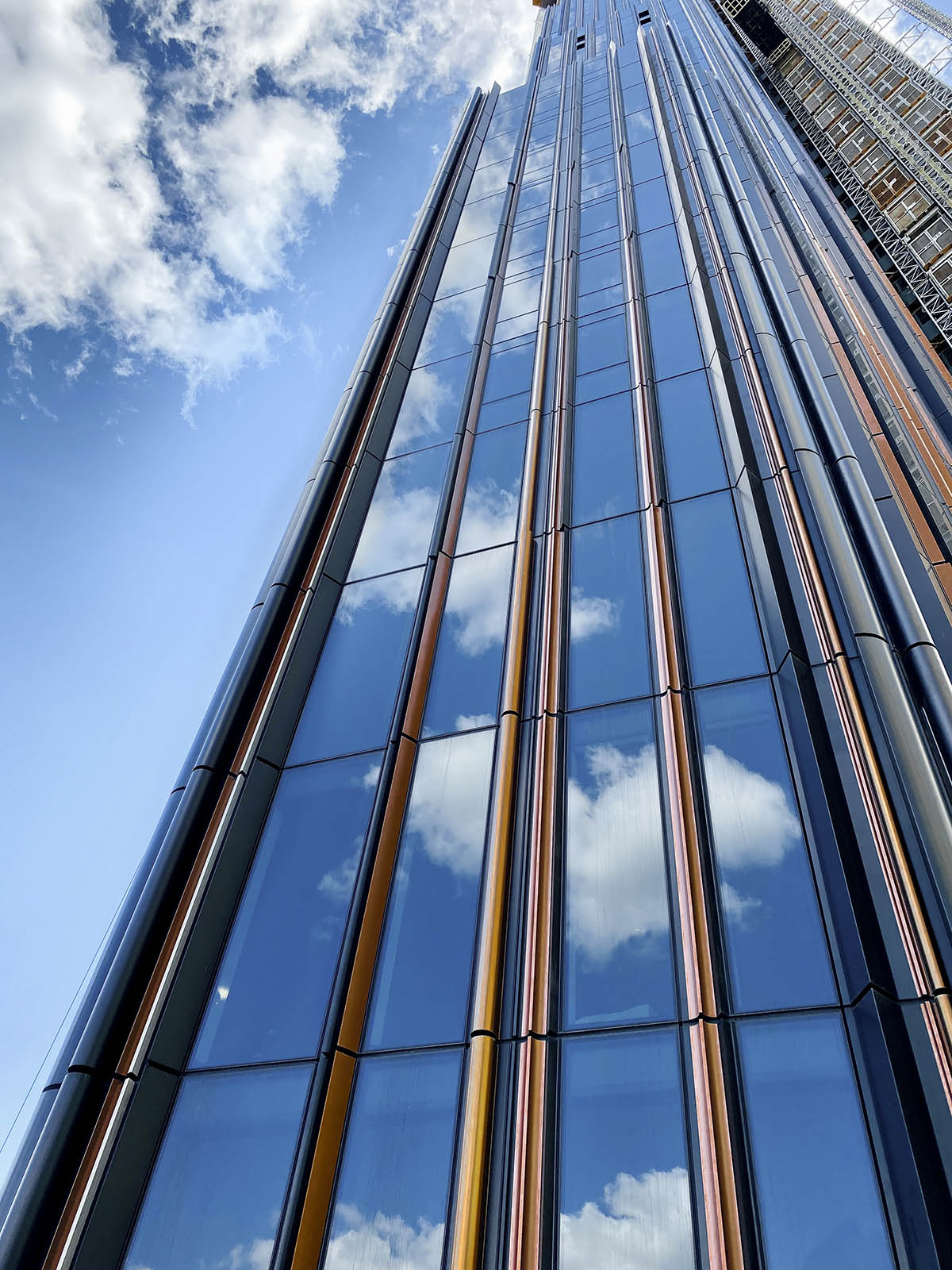 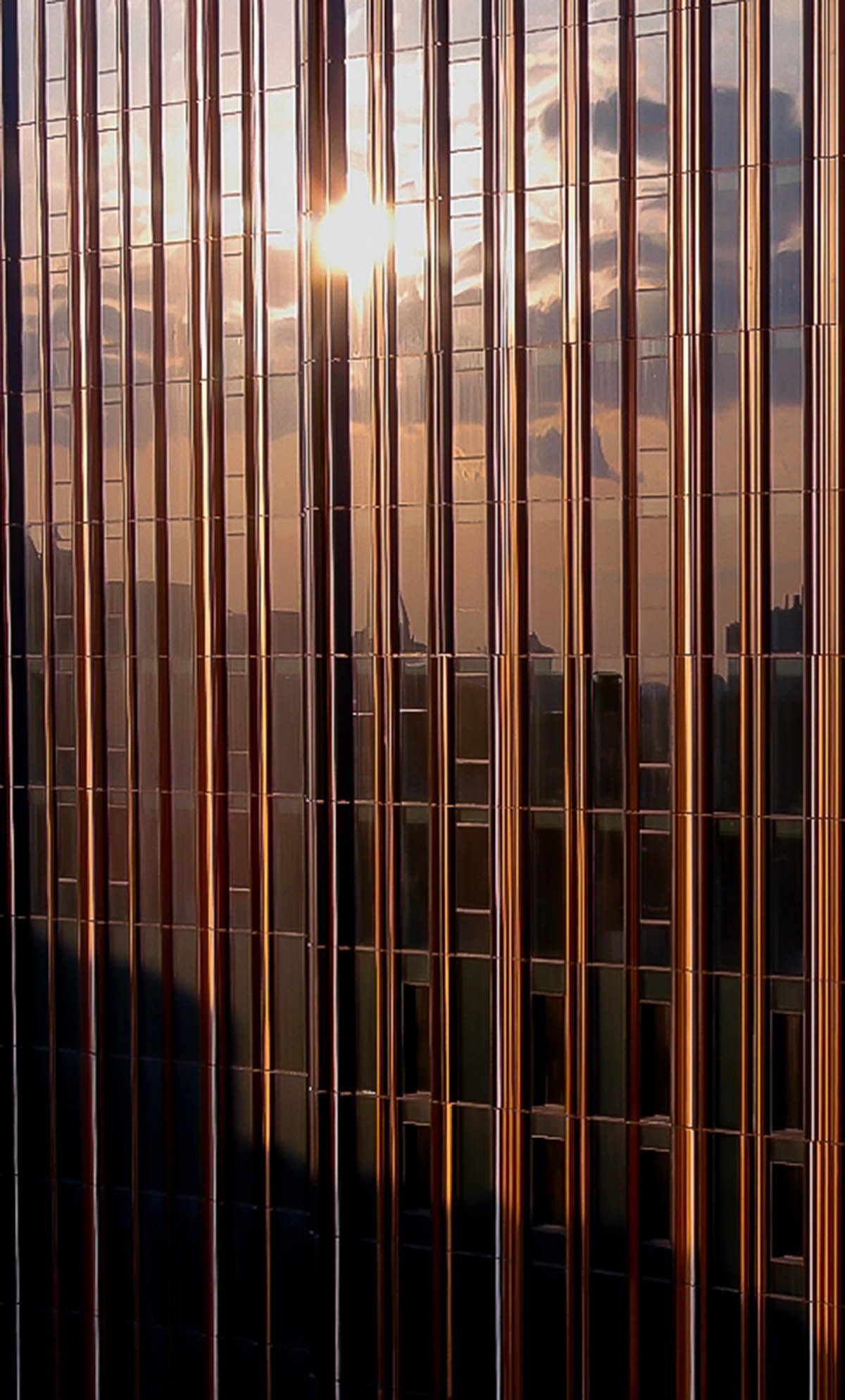 SHoP is also working on additional large-scale projecs, including the Lower East Side at 247 Cherry Street, and in Brickell, Miami, at 1 Southside Park.